Each new city makes me realise how unfriendly Paris is for tourists. Barcelona, follow signs to metro, bang there's a map you can grab, buy a T10 - ten tickets for the price of about 6, and headed off to the hostel I'd booked a couple of days ago. The reviews on this one were particularly good saying they ran sangria / tapas / barbecue nights - a great way to meet people no doubt.
True to their word, when I arrived there were signs up for a barbecue that night. So I got settled in (Hooray for free wifi again), wandered down to the supermarket to get some beers and hung outside on the patio chatting to people while we waited for our food :P Ended up running into Dan - one of the Americans from Madrid! Although we didn't end up talking much.
The barbecue was brilliant. Only 4 euros I was expecting to have to cook and stuff, but the staff did it all for us - didn't even have to do dishes! Although I did stack some at least. In the process plans were made to head out to a club in the city called Apollo. However, being Spain, we couldn't leave just yet and had a rather tame game of kings - with no cup - instead just a version of 'I never' with 5 fingers, so after you had done 5 of the things you lost and had to scull. The questions were not exactly revelatory though.
When we finally did head out, we just made it for the last metro train - at 12.30 - which was lucky because the hostel was a fair way out of town. Get into the city and spent probably an hour wandering the streets asking people for Apollo. Everyone kept saying it was too early for it, but we got there about 1.30 and queued for 20 minutes, paid 10 euros and headed inside. The music was apparently 'alternative' - but was worse than some of the clubs I've been to back home - sure they put on some OK songs which I guess could be called alternative, but they mixed them badly and there wasn't really much of a dancing atmosphere. Someone who actually knew the place then dragged us down and around this strange path outside the building and back in to a more house music sort of place which was a bit better.
We ended up catching a taxi home around 6. Heading up the huge row of steps to the hostel we ran into two girls also from the hostel. Not feeling entirely up for bed yet we ended up joining them. 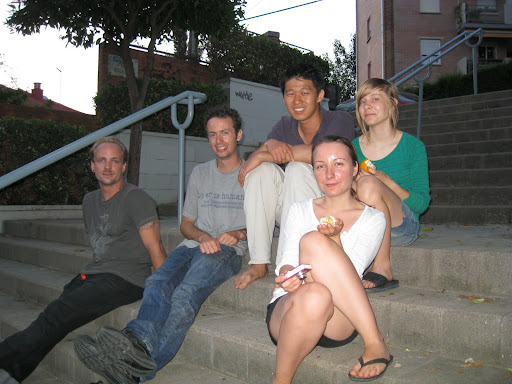 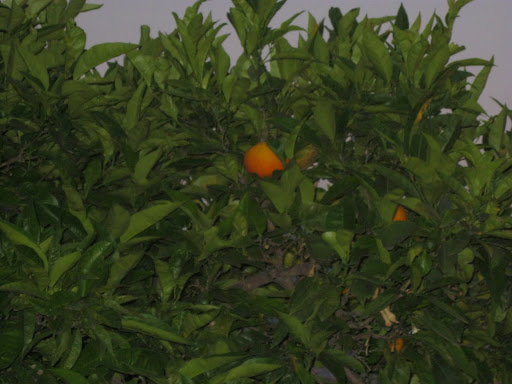 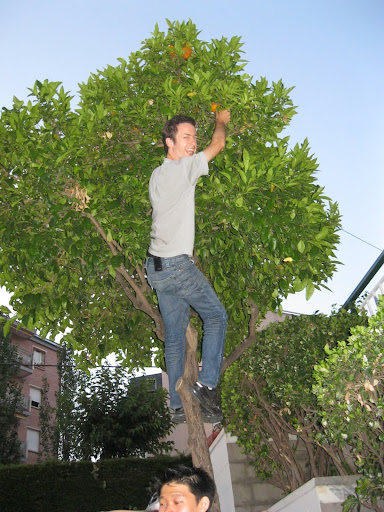 Their english wasn't brilliant being from Germany, but we seemed to get along, and before I knew it another couple of hours had passed and plans were made to meet around lunchtime to go do some sightseeing - specifically La Sagrada Familia - the famous temple by Gaudi. Silly me, despite going to bed at 7.30 am couldn't sleep that well and woke up at 10.30 and got up anyway. After some breakfast - cereal and milk left by previous people in the hostel and so in the 'free' basket - I caught up with some internets before Anja and Wiebke (the two German girls from the random morning on the stairs) turned up, and we headed into the city. Wiebke was Anja's younger cousin - only 15 - and was having a short holiday with her during their summer break.
We attempted to catch the bus into the city - as the receptionist at the hostel had said it takes us right past La Sagrada Familia. However, it was extremely difficult to follow where the bus was going - as we didn't have the route on a map. We eventually figured we'd gone too far and got off to find a metro station and get back on track. Sadly La Sagrada Familia was mostly covered in scaffolding, but it was still a very interesting piece of architecture. 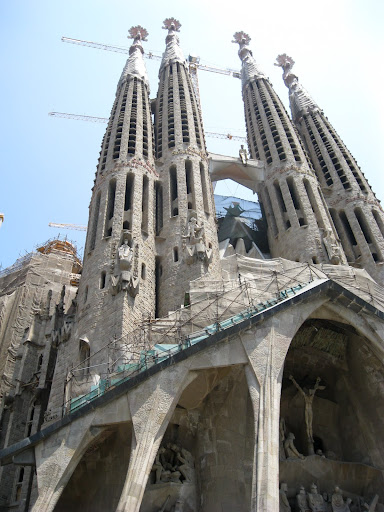 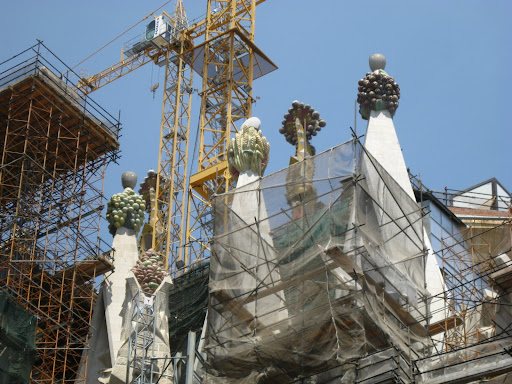 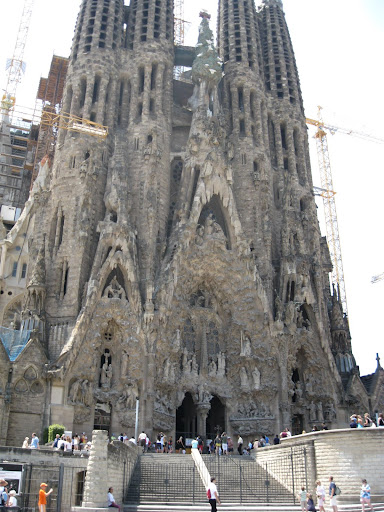 Conversation was interesting at times when I said something they didn't understand, and Anja occasionally having to translate for Wiebke, but it was fun and after La Sagrada Familia we continued through the city, visiting a few more Gaudi buildings, and going inside one - Casa Batilo. By myself I probably wouldn't have - as it did cost 13 euro, however I was very glad they convinced me. The architecture was like nothing I had seen before - every single surface was an art piece and almost no straight lines in the entire building. 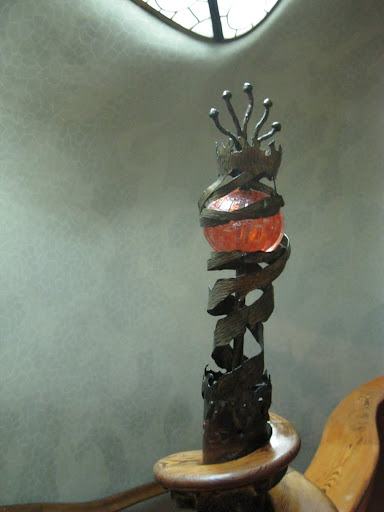 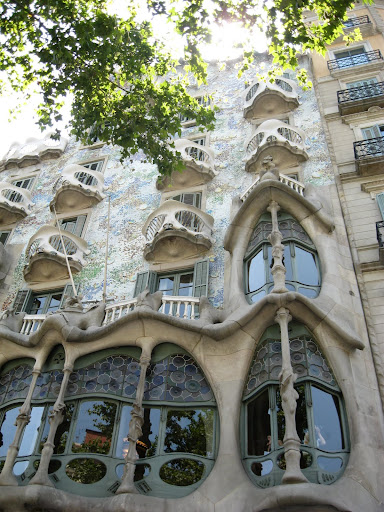 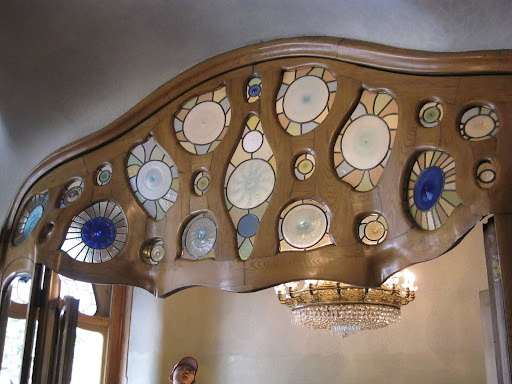 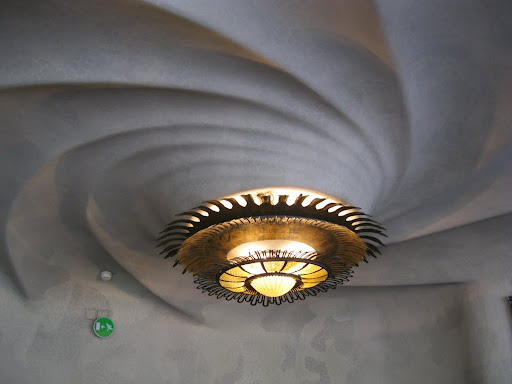 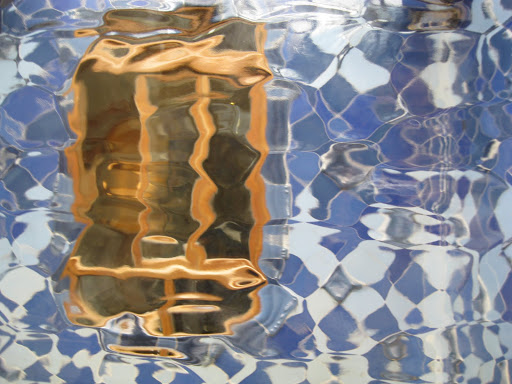 The audio tour they had was brilliant- I got it in English and the two girls got it in German obviously. It was amusing to see that the english speaking often finished before the German - I guess that means english is more efficient? :P 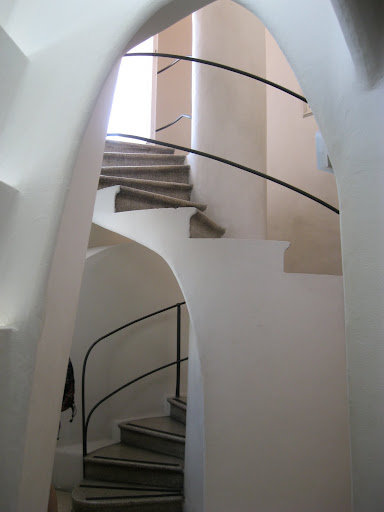 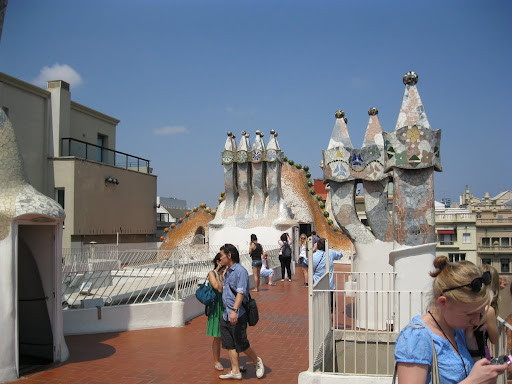 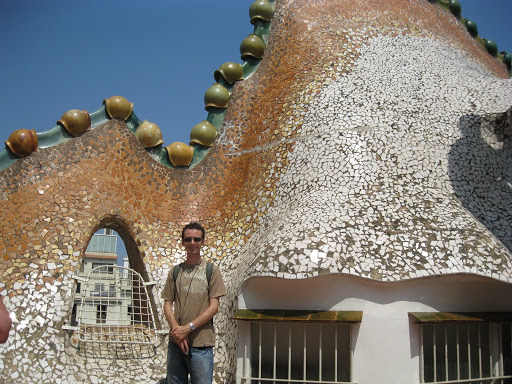 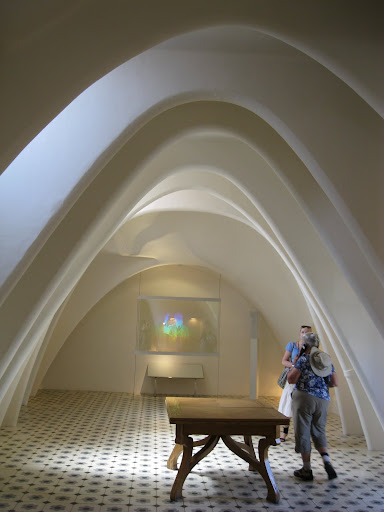 After the casa (literally 'house') the two girls wanted a break, and so McDonalds it was. Apparently almost every meal they had had so far in Spain was McDonalds, which was slightly sad - we fixed this up later in the day however.
We then took some advice from the hostel receptionist (who had actually marked off an entire walking route for me!) and wandered down La Rambla. 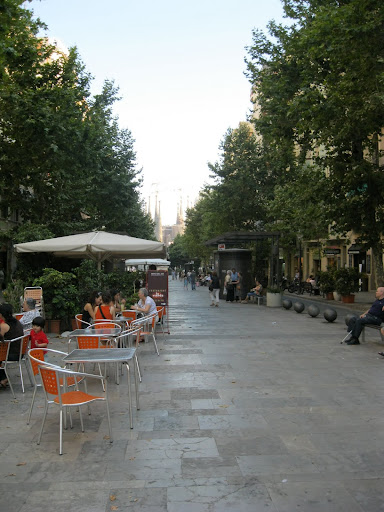 World famous, I could immediately see why. The streets were lined with static art performers -- but not just the standard painted statues, but other weird and ridiculous things such as pirates, Indians, headless horsemen, conquistadors and Romans. My favourite was a table with a mannequin sitting next to it. The mannequin was missing it's head, and painted all bloody, while the table had a persons head sicking out of it - as though it were the mannequins - obviously it was someone sitting underneath the table with their head out,but it was very cleverly done. A close second was a standing man with a fake arm holding a cane attached to his feet - as though he were leaning on it slightly. His actual arm was instead inside a fake head - which looked nearly identical to the actual persons. As such it looked like the man had two heads, one coming out of his torso.
I wasn't game to take any photos as obviously they expected money if you did. 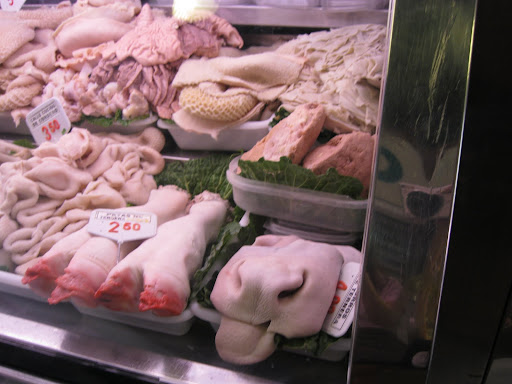 The girls got some postcards and we continued down, past portrait artists and buskers to the christopher columbus column at the end of the road. 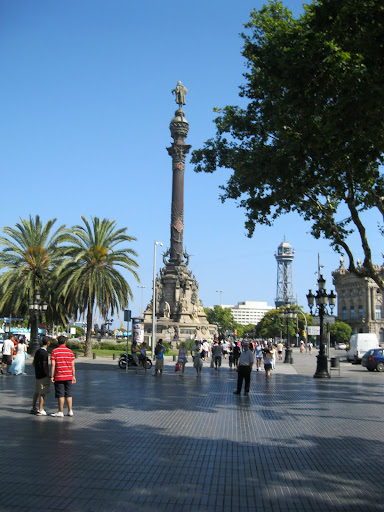 Wandering out onto a boardwalk which goes to the mall, we sat on the edge,dangling or feet and wondering at the very strange buoys floating nearby - in the shape of a boy, with their hands on their groin and a red star painted there. 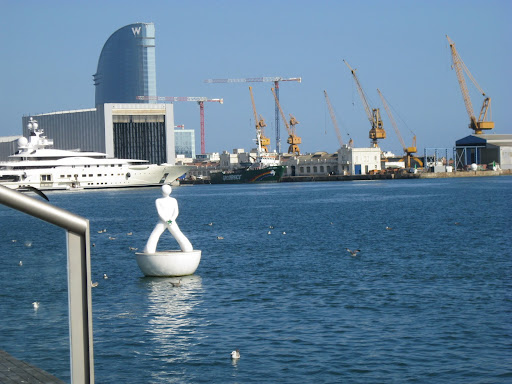 The girls then wanted to find a garden maze which was in their tour book. Having nothing better to do I decided to follow, and we headed off on the metro yet again. It was a good thing I'd got my T10 after all. Wandering around near the station we figured fairly quickly that we had the wrong address - and the maze didn't actually have an address associated with it- only a street name -not even a metro station nearby. We scoured the map, and nearly giving up I finally spotted the street name in the far top right corner of the sizeable map. It looked as though the garden itself was off it! Undeterred we headed to the nearest metro station and wandered up the road,eyes peeled,and did eventually find it - at 8pm when it shut at 9. We luckily still had time to complete the labyrinth and headed back into the city for a Chinese restaurant the girls had found on google maps. 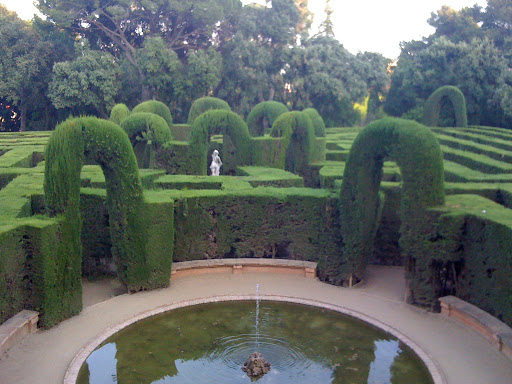 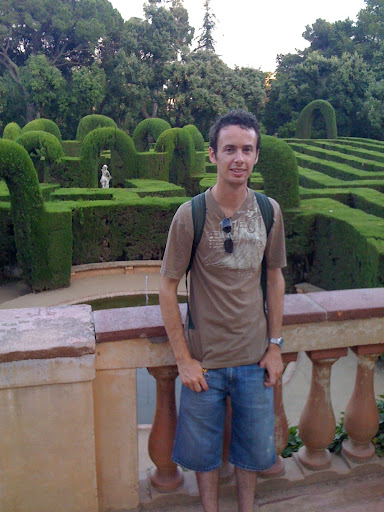 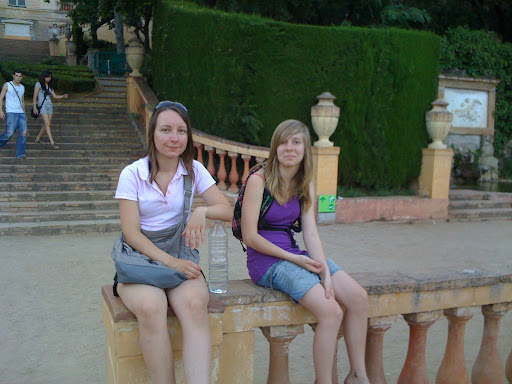 After determining said restaurant did not actually exist - at least not at the address they had, we settled on a pizza restaurant and had (surprise!) pizza, together with a nice bottle of Italian Pinot Grigo. Exhausted we headed back to the hostel, to exchange facebook and email details and then to bed.