The next morning I got up at what I thought was 7.30 to catch the train to Paris. Unfortunately I'd forgotten to change the time on my phone and had to wait an hour and a half instead...
However, on arrival, armed with a list of hostels to visit, I headed through the station in search of a map. They were not forthcoming unfortunately. In the end only found a bad metro map and headed out to the streets to see if I could do better there. With the help of a few bus stops I wandered slowly in the direction of Aloha hostel. Not having a map one me when I don't know my way around at all is not one of my favourite ways to spend time.
Mum ended up ringing while I was still wandering and she tracked my progress on Google maps and I eventually found the hostel, and low and behold, despite being booked out online they had a bed for two nights. I settled in and watched some football.
I can't even recall who was playing at the time, but a few others from the hostel where around too and the conversation wandered to playing. I mentioned I played indoor, and the guy next to me asks where. Apparently his brother plays at Carlton Baths for a team whose name sounded familiar. Then I twigged - it's what my team (now the Golden Monkeys) used to be called, which means his brother must be Ben! Totally blew me away meeting Tom, the brother of my teammate, on the other side of the world in a hostel I only picked by random chance. We linked a few dates and apparently we'd even met at Ben's birthday the previous year in Ruffy!
Needless to say we got to talking, and as I'd spotted an add for a 'Cafe Oz' in one of the various brochures the hostel had (and a map! yay!) who were playing all the world cup games, with the final group match for Australia that night, Tom and myself resolved to head on over to find it. This turned out to be easier said than done, so luckily we'd allowed a good hour before the game started for us to wander in circles before we finally found it, grabbed some kebabs from across the street, then headed on in to get a good vantage point.
One of the ads for a different Cafe Oz location (they're a franchise similar to walkabout in the UK) mentioned free shots for wearing a soccerroos top. Sadly this didn't hold for this one :P Still was a great game, and getting the second goal so quickly had everyone on the edge of their seats, maybe we COULD get the 4 goals we needed to progress! Sadly it was not to be and we headed back to the hostel. Victorious but not quite enough.
We still had time to kill when we got back to the hostel so we decided to have a late night wander down to the Eiffel Tower. Unexpectedly when we got there there were thousands of people on the grass drinking and partying away! We later found out this was likely a world cup regret party... with France and another nation which eludes me, having bombed out recently. As we were walking suddenly a cheer rang out and the tower lit up, sparkling like a christmas tree! Can't say I was quite expecting it. The clock had just struck midnight, although the tower lights up every hour after dark apparently. After the obligatory photos we headed home. 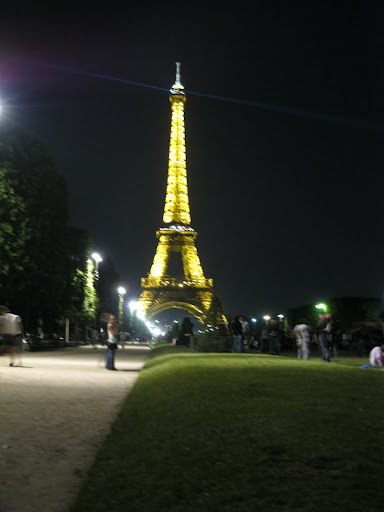 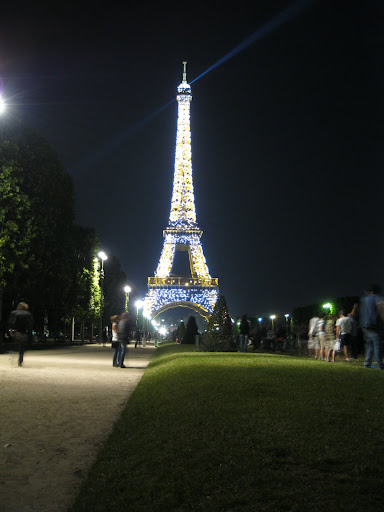 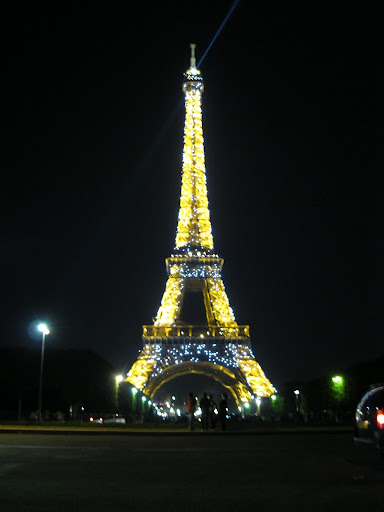 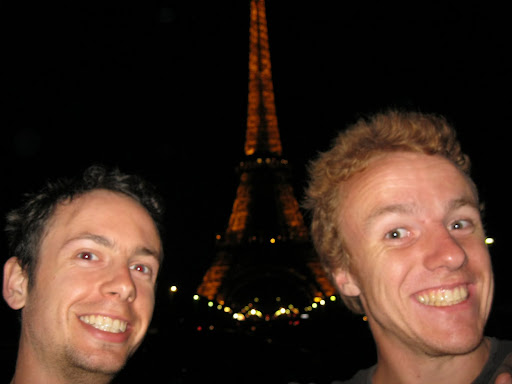 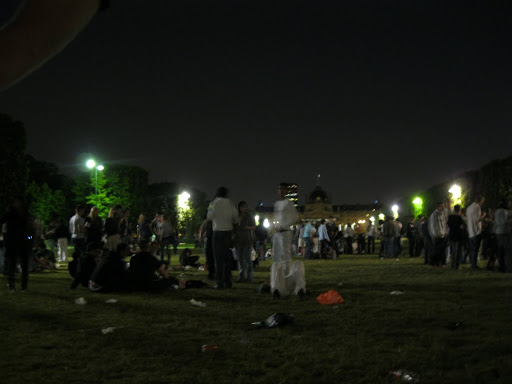 The next day we resolved to do the Sandemans free walking tour - the same company as the one I did in Edinburgh. The hostel organises a guide to take those who want to do it from the hostel to the tour starting point, and so about 7 of us were congregating in the foyer waiting, and got to know each other a bit. The tour itself was great as expected, showing us where all the major sights where, so we can go back later if we desire to actually enter them. Our guide actually made a fairly strong case for avoiding the Louve which I found amusing. 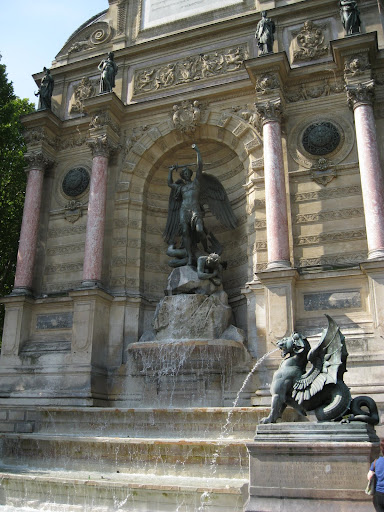 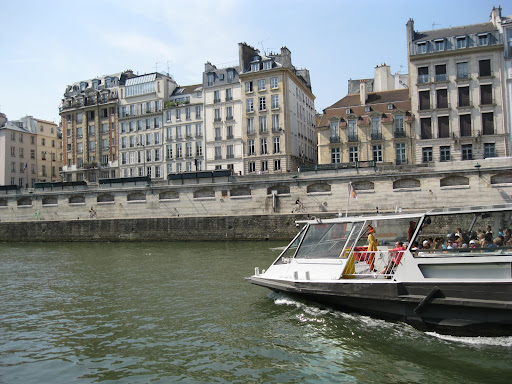 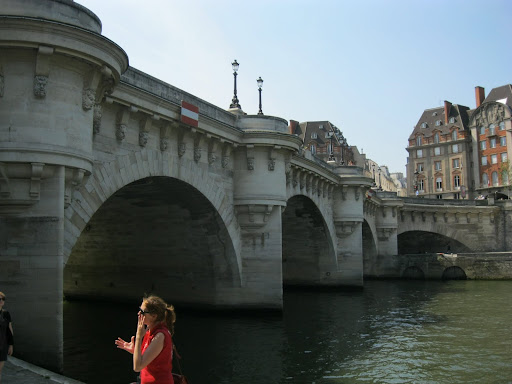 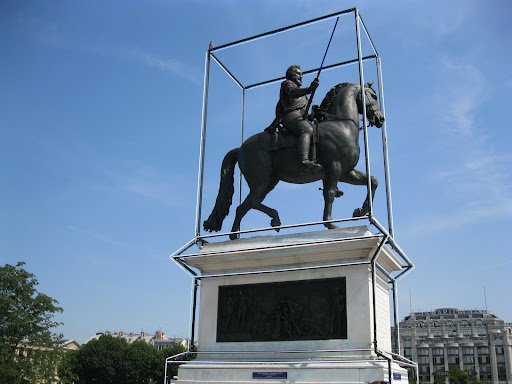 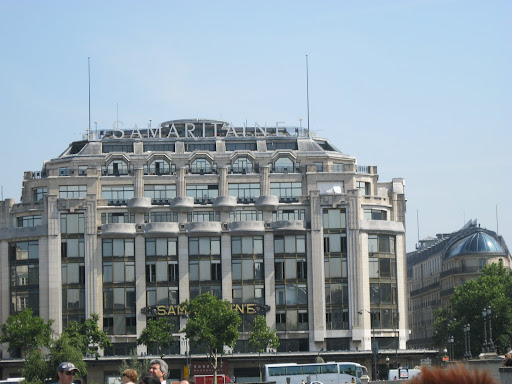 At the end of the tour, most of us from the hostel accompanied the guide to a little cafe (which no doubt gives her kickbacks but hey) and had some cheese & meat platter together with some wine, and SOOOO much bread. Very tasty. Plans were made for dinner that evening, a late dinner considering this cafe was around 4pm already, and various people had to swap hostels due to rooms not being available and so forth. Seems I needn't have worried about finding a bed in Paris - it just sometimes involves hostel hopping.

With a few hours to kill before our planned dinner around 8, I wandered in search of a bar to watch the NZ game. I had originally planned to go to Cafe Oz, but the late lunch ran a lot later than expected and so I settled for a cute little place near the hostel, with only mysel and 2 others watching. NZ well out performed expectations at this cup, coming away undefeated - if only Italy could have pulled off a miracle and won their last game,then we would have been through. The NZ game ended 0-0, the Italy game ended 2-3 against them. It was not to be.

And so around 8pm, 5 of us - Tom, Beth from Adelaide, Jess from Sydney, Sarah from Canada and myself met up at Notre Dame cathedral and wandered in search of a place to eat. It did remind me a little of Lygon st back home - the hawkers out the front cafes and restaurants spilling into the streets. We ended up with a cute little restaurant with a 15 euro menu and a free glass of wine because we were a group =) Sounds even more like Lygon st.
Beth knew a little french and we ordered our meals, together with some frogs legs and snails, which I was a little apprehensive about, but, when in Paris... 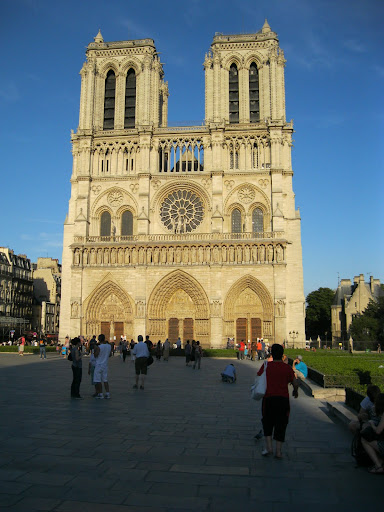 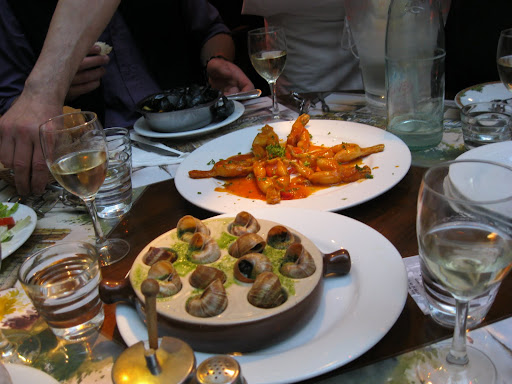 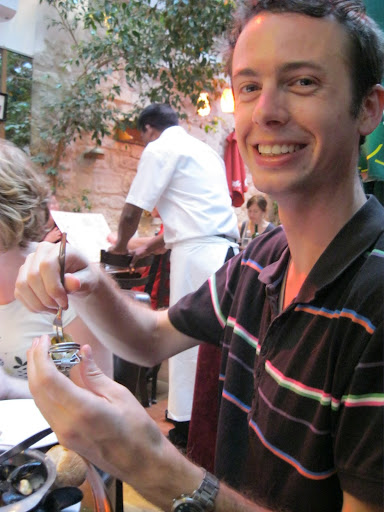 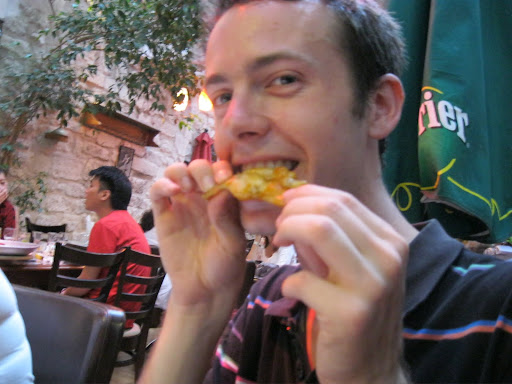 So for those curious. Snails: no flavour - only the flavour of what they are cooked in - in this case garlic. The texture of a particularly tough mussel. Frogs legs: Reminded me of quail for it's size, chicken for it's texture, slightly fishy flavour. Both were quite passable, so it's all in the mind, very glad I tried them.
My actual meal - stewed mussels (like 40 of the things!) chicken breast with mushrooms, and gelato to finish it off. With the wine and the french delicatesses, the 15 euro meal came out at 25, but it was worth every cent!

Next our plan was to climb he Eiffel tower at night. Beth ended up going home due to a particularly bad chest infection she'd been struggling with for the last week, but the remaining 4 of us hopped on a metro and headed on over. Unfortunately, on arrival we discovered that while the tower is open until midnight, the top level shuts at 10.30. We decided against mediocrity and headed on to the grass me and Tom were at last night - much less crowded this time. A series of bad cliché photos later, involving star jumps posing and asking randoms passing by to get all 4 of us, we sat down and were accosted by a (for want of a better term) wine merchant :P Sarah played along but he actually got down to a reasonable price of 3 euro for some sparkling wine, which I ended up popping about 10 seconds too late - after midnight and the tower had already lit up.
Of course it tasted terrible, and he probably made a 2 euro profit from us, but we can't complain - champagne at midnight in front of the tower - yet another cliché moment, yet so worth it. 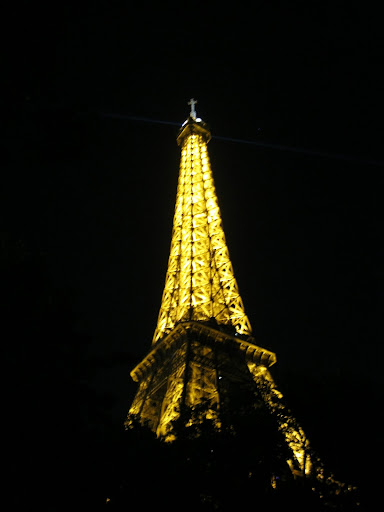 And so we headed home, one from the same hostel, now split between 3, myself and Sarah still at Aloha, but Tom and Jess having already moved on to check in to different ones. Fell asleep almost as soon as my head hit the pillow.

My final day in Paris started very lazily. The only real plans for the day was to go to the Arc du Triumph. And that ended up being about all I did do! Double checked all my accomodation was OK for Madrid and off I headed. Sneaking in on a student fare yet again (Yay for STA youth card - even if I'm not a student people assume I am) and spent about 2 hours traffic watching. Their roundabout rules appear to be the reverse of Australia - you give way to people entering the roundabout i you are on it. Although that could just be around the Arc. Our guide the other day was saying the Arc is the one place in France where all car insurance ceases to exist as soon as you enter the roundabout. It doesn't affect again until you leave. So you are really taking your life into your own hands. Another saying is the good drivers only get scratches... 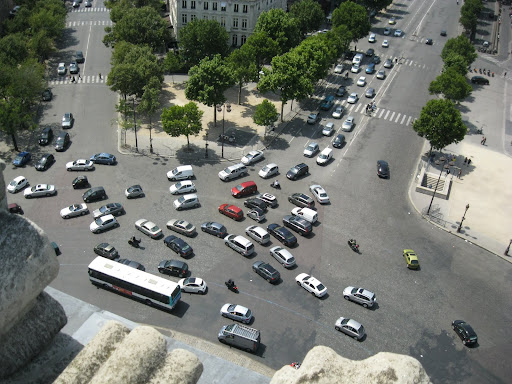 The Arc itself is huge. Pictures don't do it justice - but when you have two levels of museumy displays inside the thing you realize just how big it is. 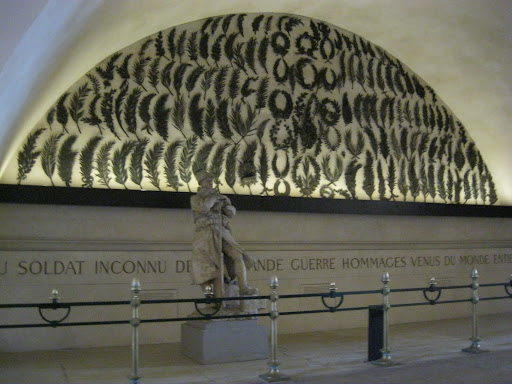 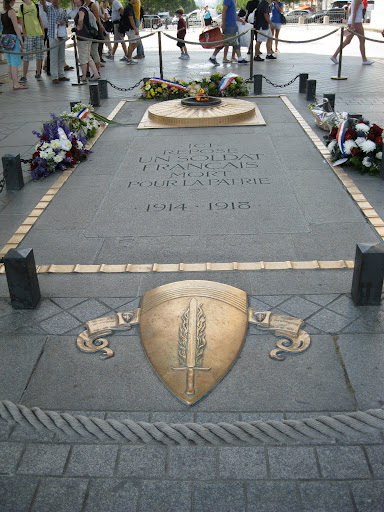 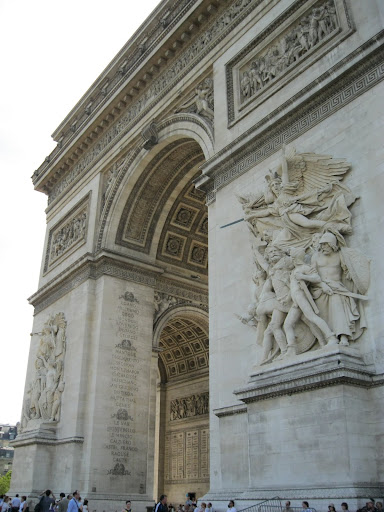 So back at the hostel with a couple of hours before my train was due to leave, I ran into beth and we both apparently had a craving for asian, so wandered down to the nearest take away and satisfied our need for stir fry, and sortly afterwards it was off to catch the overpriced train to Madrid. 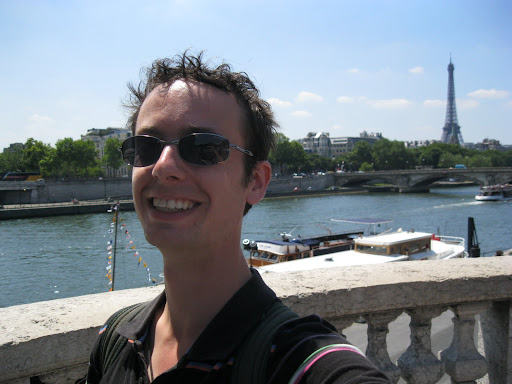