Well National Express is no better than Megabus which I'd hoped, their seats are equally non-reclining, however it was only a 2 hour bus trip after the 9 hours from Edinburgh it doesn't look so bad. I think if I had have known I could have stayed on it for longer and taken it right into Southsea, but everyone with luggage was getting off at the Portsmouth Ferry Terminal, and that's where I'd saved directions from to get to my hostel, but a 30 minute walk is fine :)
Got in there and...
The receptionist showed me the room, 2 guys were in there sleeping still. Fair enough, receptionist leaves. Then the covers move and there's a girl in bed with one of the guys, hiding from the receptionist. The proprietors of the hostel have rather strict rules - no visitors after 11pm, and obviously she had been... 'visiting' Whatever, I head off to find a Laundrette and do some badly needed washing. Hour or two later I come back and the guys are packing up, even though they'd said they were staying another night. Apparently she had been discovered while going to the toilet, been forced to pay for the night she'd stayed, and the guys were getting kicked out.
This left me with a 4 bunk room to myself =D (Although another guy did turn up later)

The facilities at the hostel seemed quite good as well, which was perhaps suprising considering it was the only hostel in Portsmouth at all. I found it amusing that the Spanish guys who had been in my room were actually near horrified at it. I think they thought it was a hotel with a private room and stuff. I headed down to watch some football and catch up on my internets again :P
While there I met Andrew, a guy from New Zealand, who seemed to be the only other person at the hostel! Near empty, quite bizzare considering the season. We resolved to go to the pub together to watch the England game that evening, and have some dinner. Turned out the best pub for watching it was also the closest. Even the English were somewhat disgusted with their teams performance however, and for us the game was somewhat boring...
The next morning I headed off for the train station. Turns out there was a food market on in the centre of town! Convenient! I got myself a ham cheese and mushroom crepe =D As I headed back, it was unexpected but I wandered down the road that the Ebezner chapel was on - I didn't think I had enough time to go there, and here's me stumbling on it accidentally! Only houses where the chapel was, but the street itself is awesome. 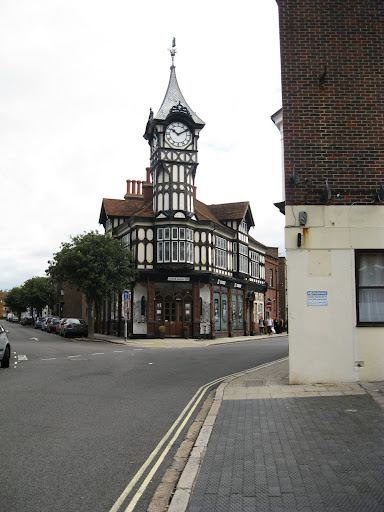 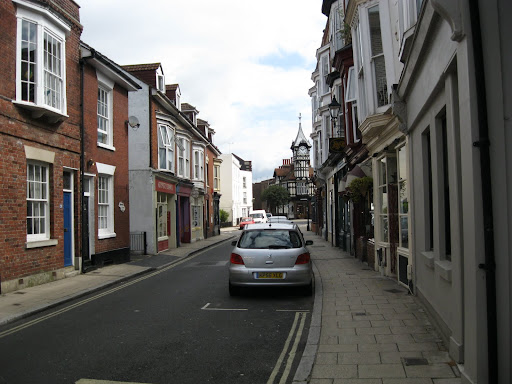 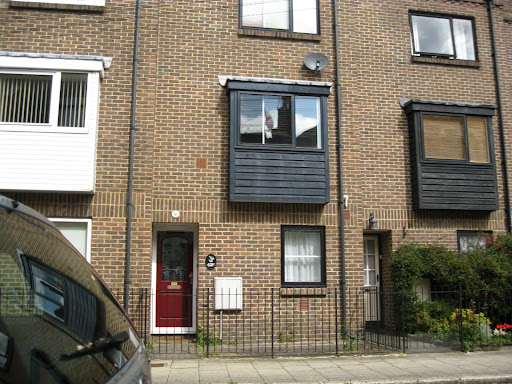 So off on a train to Southampton, and another one to Poole, and time to watch the first half of the Australia Ghana game, see Kewell get a red card when he could have only avoided it by chopping off his hand, see Ghana get the penalty which is fair enough, and then had to get on the ferry. Seems the second half I didn't miss much but oh it was painful at the time. Possibly made worse by the worst meal I've had over here yet, costing nearly 6 pounds for 2 smallish sausages, baked beans and some chips. The menu had said 'Jumbo Sausage'
I didn't have the effort in me to complain.