The ferry... was a ferry. Pretty much what I expected. The food was somewhat better than the ferry terminals at least. Rocked up at Jersey 4 hours later, around 2030, found a map and started walking. 10 minutes later I rang the bell on Joe's door, who's couch I was going to be surfing for the next 3 nights. I'd thought about ringing ahead, and probably should have, as he hadn't remembered the date. Luckily this was fine anyway, he showed me around his 1 bedroom apartment he was renting (A little bigger than Bridget's) and he checked with a few friends and we headed out for Jersey's Saturday night life!
One studentish pub, a faux posh club and an equivalent of Melbourne Uni's Wednesday night PA's (ie dirty scummy, although it smelt rather strongly of Chlorine) we headed back to Joe's.
In the morning Joe gave me some suggestions for the sights of Jersey, and I headed off on a vague walking tour around the south west coast. 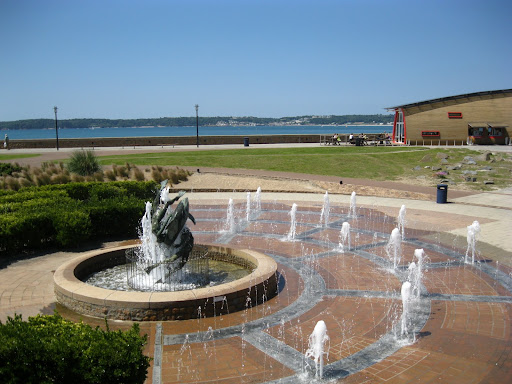 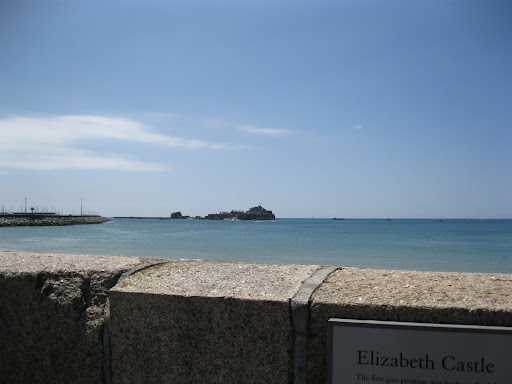 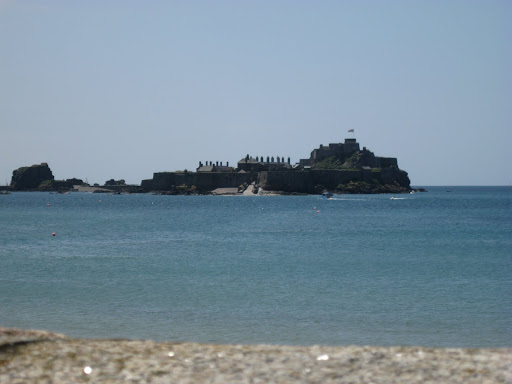 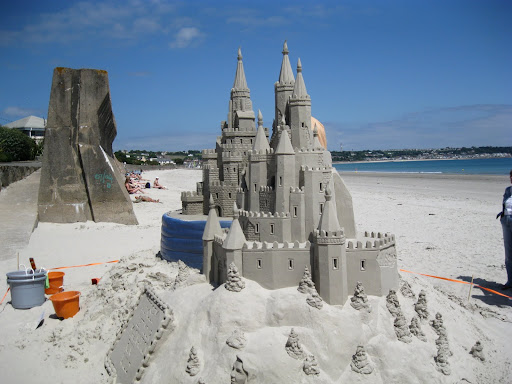 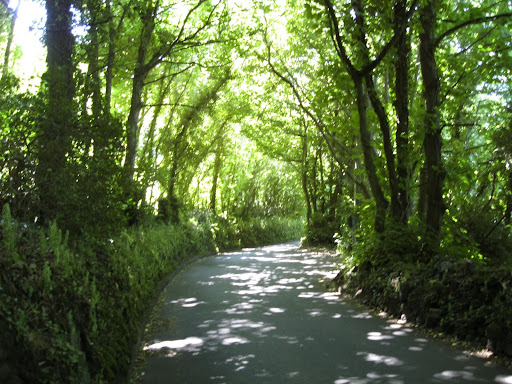 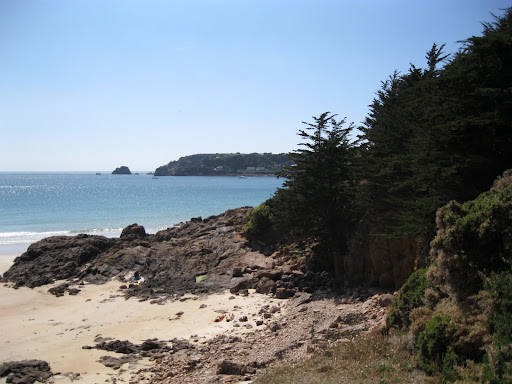 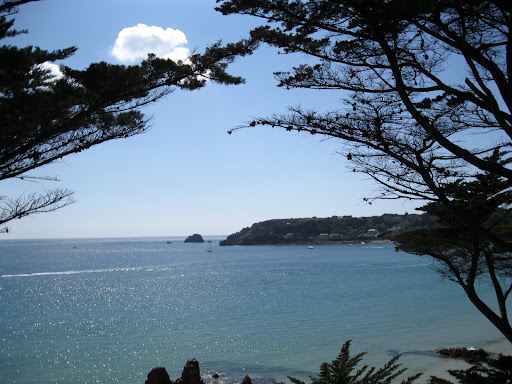 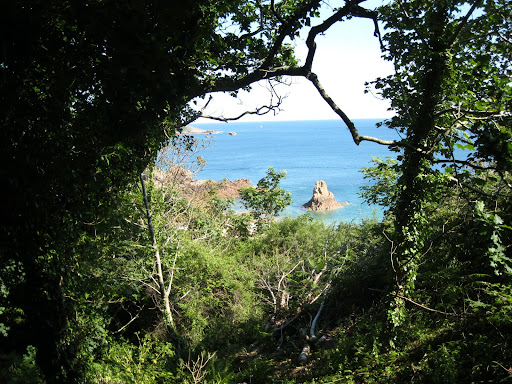 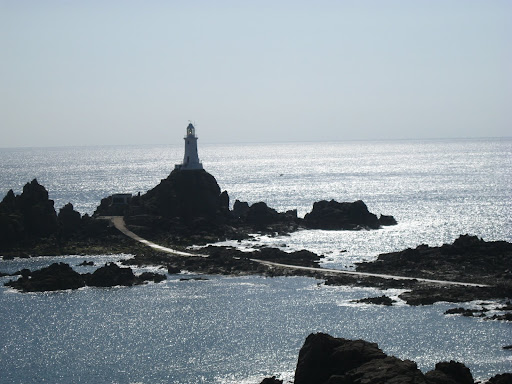 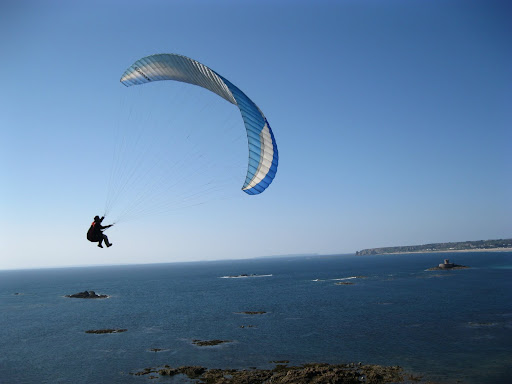 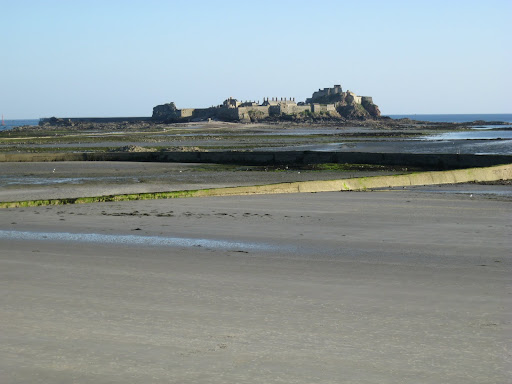 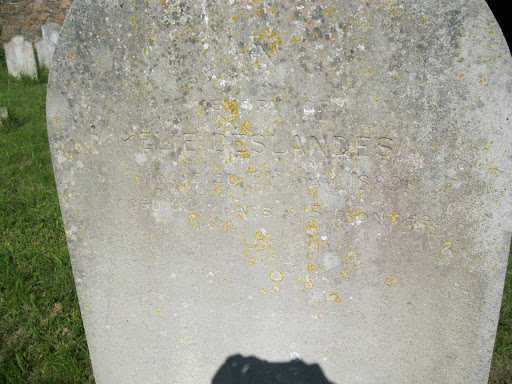 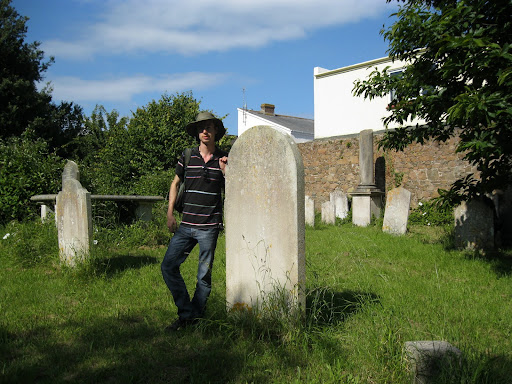 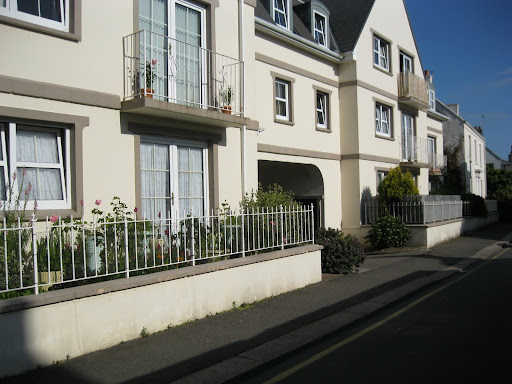 The scenery was nice and 8 hours of walking later, and a great meal at 'gunsite' a cafe on one of the beaches recommended by Joe, I walked (staggered? :P) back to Chambers, the student pub mentioned previously to meet up with Joe around 8.30. We headed out to get some takeaway, and I was surprised to find that the equivalent of a 'Burger with the lot' doesn't exist! Still a double hamburger with cheese and bacon was satisfying enough :P
Monday Joe headed off to work at 10ish and I hang around a bit to do some more internetting, and had a chat with Bridget and Mum. Mum reminded me of Green St Graveyard in St. Helier and about 2pm I finally headed out :P
First dropped in to the co-op - a supermarket. It's one thing that I've found completely different to Australia is the supermarkets in the UK. They all have a HUGE array of ready to eat meals - as in literally open the packet and eat. Sandwhiches, fruit salads with forks etc. Like an entire aisles worth. This co-op even had hot pies and wedges ready to eat! Grabbing some I dropped the house keys off with Joe and headed to the graveyard. It took nearly 3 hours of wandering but in the end I found the gravestone of my Great great great great grandfather, Eli Deslandes (seems he spelt it as one word). It was strange because it was a quite large gravestone, yet it only said "In memory of Eli Deslandes, Died 1890 Aged 90 years & 6 months" It was almost ready for all the family members to be engraved below him etc, but it never happened :(
I did also find quite a few other des Landes. Quite a mariners family, at least 3 different Captains. Jean and two Georges. The dates didn't match any of my direct grandparents, however they could have been cousins or uncles.
That night a friend of Joes (Tom I think his name was?) came around and we had a couple of drinks and watched some funny youtube videos before crashing. Then I was up at 6.30 to catch the 8.30 ferry to St. Malo!