The first full day in London!
Had some breakfast at the hostel, standard cereal and stuff, and had another walk on over to Regent St, where the Visitor information centre is located. Picked up a whole lot of brouchures, one of which advertised a free walking tour around London, on Tuesdays only! Very convenient considering the day was Tuesday. I'd missed the first one, but the second one was at 2pm, so I filled in time at the British Gallery then wandered over to the foot of the Duke of York Column at the south end of Regent St... and ended up getting a one on one tour guide as no one else turned up! Considering other tours you have to pay up to 10 pounds for, the fact I got a guide all to myself for free was quite amusing. Rob was from International Friends and we wandered over a similar area to my walk last night, but with commentary - up to Trafalgar Square, down Whitehall to peek in on Downing St (which I'd missed the previous night) 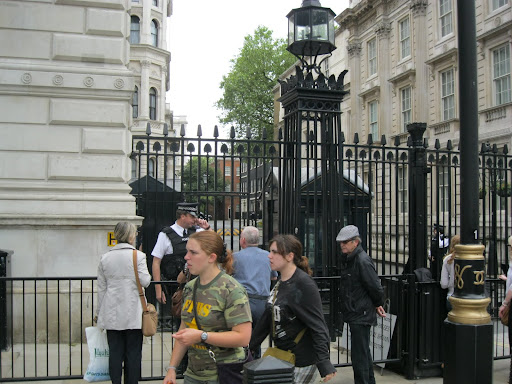 across to the parliament houses and Big Ben again, where parliament is actually in session at the moment, and through St. James park again to Buckingham palace.
It was good having a guide to point out the other interesting buildings along the way however, such as where the bands for changing of the guard leave from, and the other two palaces around Buckingham which I never would have known about otherwise. At the end he told me he was also running the later tour, around London's West End, which was on the same brochure, at 6.30pm. After a quick drop in at the hostel I headed over to that one, and again I was the only one! 4 hours of my own tour guide for the win!
I was a bit confused as to why it was the 'West End' to start with - turns out The City of London is separate from the City of Westminster where the palaces and parliament are, and so the 'West End' is actually east of where I'd been. I hadn't been over that way at all yet, and we wandered past the British museum, which I will have to visit in the next few days, through the London University 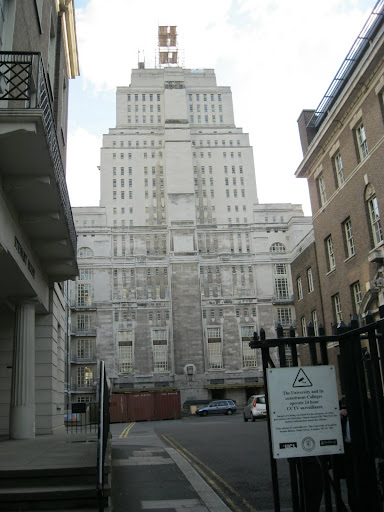 down through Soho, Leicester Square with all it's cinemas, Covent Garden with all it's restaurants - no longer a market, and ending near the Church of the Knights Templar.
Again it was the places along the way which were interesting. And while I can't really remember specifics at the moment it was good to get a general overview of the area, and going back I should hopefully know my way around a bit already :D